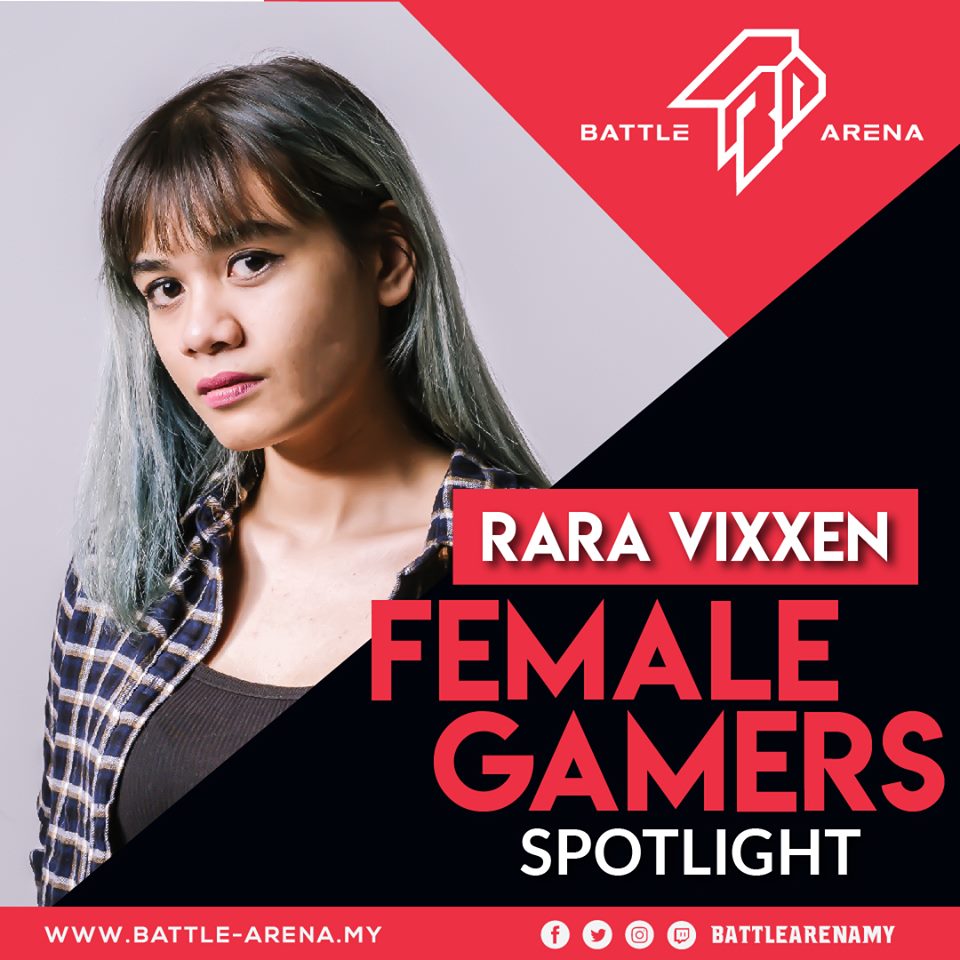 🔺 Could you share with us who’s your inspiration/role model?

Adam Spartanker. He helped me when I was starting out as a streamer by giving me Ideas and advice.

🔺 How do you feel about the growth of gaming/esports in Malaysia and the increase in numbers of female gamer?

Esports and female gamer are going to continuously grow in Malaysia. Who knows? There could be a few future professional gamer among those new female players.

🔺 How do you envision success as a full time streamer?

Being able to entertain my viewers while live streaming as well as enjoying the games I play.

🔺 What do you think about your community members? Have you ever met them in person or had like a gathering? Do you play with your community a lot on stream or do you have a few selected friends that you only play with?

I think that they’re really cool. I’ve met some of them in person before and it was a great experience because we exchanged gaming tips on the games we played with each other. I play with both my friends and also community members while streaming.

🔺 What are your thoughts about the stereotypes and misconceptions that guys are better at playing video games than female gamer?

There’s definitely a lot of female gamer who are actually better at playing games than male gamer. An example would be Julia “Juliano” Kiran, a professional Swedish CSGO player, who plays better than most male CSGO players. These stereotypes and misconceptions about female gamer have to end.

🔺 Audience interaction or gaming skills? Which is more important to you and why?

They’re both equally important. Showcasing my gaming skills is how I’m able to attract new viewers to watch my streams because they enjoy watching good game plays and gaming skills. Audience interaction is also important to me because they help me by giving tips or pointing out something that I have missed in game, while I help give them tips to improve their game play.